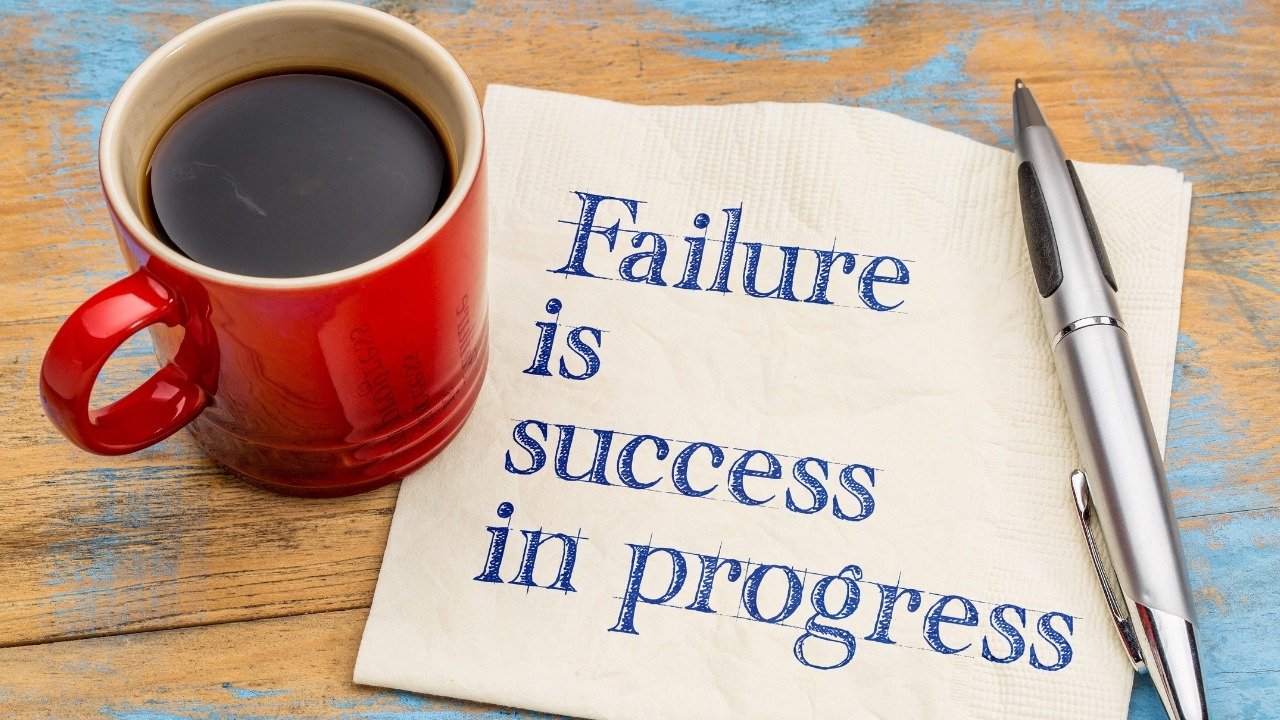 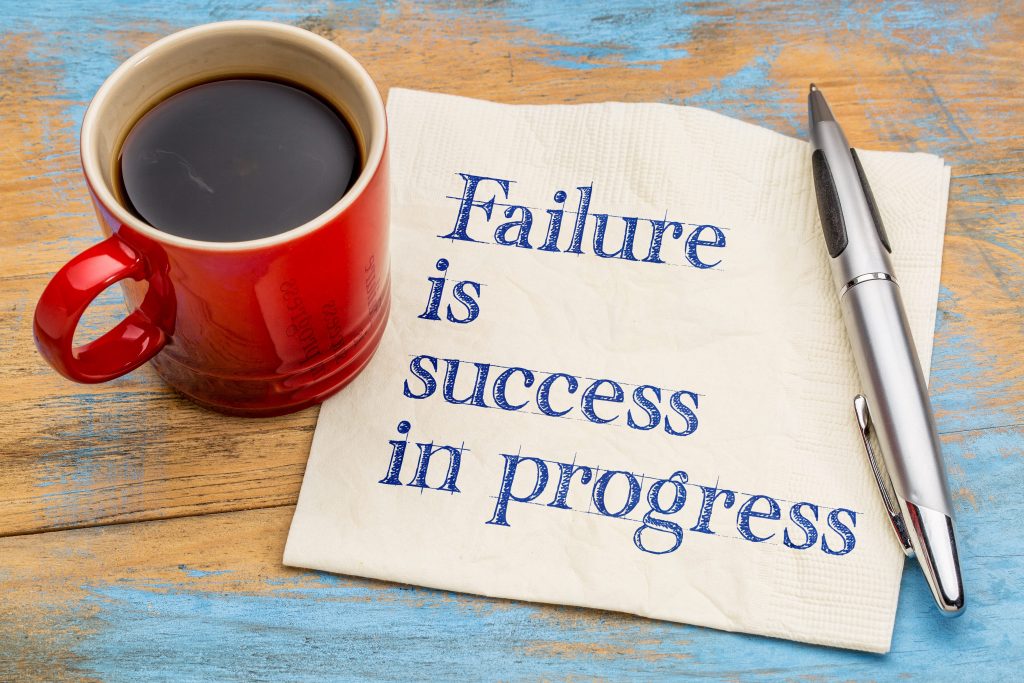 When I was 5 years old I was so excited to get my first bike and learn to ride it. All I wanted to do was sail down the hills like the older boys in my neighborhood. I remember nearly bursting with excitement as I got on my bike for the first time…

I wasn’t very good. In fact, I stunk. I couldn’t get that bike to move forward two inches without falling, let alone speed down those hills I longed for. I was mad. I was frustrated.

But luckily I had a dad who wouldn’t let me give up. (Thanks dad!).

Finally, I was pedaling away and my dad, without saying anything, LET GO.

I didn’t know it at first, and I didn’t get super far, but I was doing it! I’ll never forget that feeling of riding that bicycle all on my own for the first time. It had been so hard for so long and suddenly I was doing it!

There is no thrill in the world quite like conquering something that is hard and making something you’ve been struggling with a success.

The key is learning to enjoy the Wobble in the meantime or at least view it as part of the process that gets you to the euphoria of winning.

This is what I call the Fail Factor.

And it is the ONE THING that determines if you will succeed in what you put your mind to, or if you will fail. The Fail Factor counts more than smarts, more than business sense, and more than money.

The Fail Factor is not the only thing, but it is very often the determining thing.

And the super weird thing is that there is an art and a science to failing with purpose. If you learn to fail with purpose you can fail your way to more success than you ever thought possible.

Here are my four steps to mastering the Fail Factor and achieving huge success in business (and the rest of your life).

Before my dad could teach me how to ride a bike I had to fall over and I had to accept that nothing I could do alone would get me to be able to ride that bike.

I have lots of entrepreneur friends in lots of different industries, and I have coached hundreds of people. And do you know what is common to every single one of them who is successful? They fail far more than they succeed. The ratio is something like 8 out of 10 projects/products/marketing campaigns fail (more on those numbers in the next step).

Now, these successful people don’t just fail willy-nilly. They have a method to failing – remember the science and art I mentioned above? If you fail with purpose you will be paving your way to success. And not small successes either, big-fat-hairy successes that will blow your mind.

But first you have to accept, without a shadow of a doubt, that failing is just part of the process, and the faster you do it the better. That’s radical acceptance.

You’ve probably heard of this before, but it is just as important to the Fail Factor as it is to time management or anything else.

The Pareto Principle basically states that you will get 80% of your results from 20% of your effort. And this is true in nearly every area of life, but especially when you are starting something new – like a new marketing campaign, or figuring out market-message match (more on that later).

Because in our heads we think our own ideas are the best – that every one of them should work just like we think they should without any adjustments. But that is never the reality.

The reality is that the market knows what it wants and it takes some experimentation to get figure it out. It doesn’t matter how good an idea is, or how earth-shattering it is. The only thing that matters is will people buy it.

Even if you are starting with basic, proven principles and even if you know your market, not everything is going to work all the time. In fact, most things you try won’t work most of the time.

But that’s OK. Because when something does work it can easily blow all the other stuff you banged your head on straight out of the water. And all you remember is the success and the failures fade away into the background.

So in business keep in mind, the Pareto Principle, 8 out of 10 things you do will fail, two will succeed. And when you are starting something brand new, you are doing well with 1 out of 20 succeeding. You just have to keep pushing till you get there.

The reality is that most people give up at try #1, 5, 8, or 10 (if they get that far) not knowing that radical success is just around the corner. It’s the classic acres of diamonds story. Be the person who masters the Fail Factor instead and you’ll get to success.

3. Fail with Purpose to Your First Success

By now you might be saying, “Brian, you are such a bummer… I don’t want to hear about all this failure”. If that is where you are then this section is for you…

Because now I’m going to show you how to use the Fail Factor to its best advantage. To help bring you success.

We’ve gone over Radical Acceptance and The Pareto Principle now we are going to combine these two with Lean principles for business.

The entire Lean approach refers to a business model that uses quick iterations, or testing of concepts, to lead to a working product, service, or marketing approach, and it combines perfectly with the Fail Factor.

One of the biggest keys to getting your first success is to do the least amount possible in each test. This is called the Minimum Viable Product. I dive deeper into this concept in this post, but for now, let’s cover the very basics.

A Minimum Viable Product allows you to test quickly, gather data, and then test again. Let me give you an example.

Hugh Howey, an Amazon best selling author, of the Silo Series as well as other books, used MVPs (Minimum Viable Products) to build his following as a writer. Instead of publishing a whole book, Howey self-published short stories. There are several on Amazon that he has published, some more successful than others.

That’s the process of iteration with a Minimum Viable Product. You create something. An ad, a story, a product. You get feedback from real consumers and then you try again.

Howey’s first breakout success was the initial story in his silo series. His fans went crazy over it, and finally, after iterating with many short stories (his MVPs) he had achieved something that had Market-Message Match.

That’s what failing with purpose looks like. It’s all about failing your way to success in a way where you learn each time you fail and you get better and better as you go.

After Hugh got his first major success with Wool (the first of the Silo Series), he did what any good business person does when they get a success. He started feeding his series with new short stories and taking his fan suggestions for new ideas. BRILLIANT!

Then he compiled each of those successful shorts into the Wool Omnibus at a discounted price over buying them individually.

By doing this Howey built success on success.

And as of this writing, Howey has 13,400 Amazon reviews for his Wool Omnibus (the first of the Silo Series) and a 4.5 star rating. Wow!!!

A lot of people look at his success and go “wow! instant success”. But that isn’t the case. He failed and had moderate successes before he got to the Silo series. But because he was self-publishing short stories and not trying to publish novels he was able to iterate quickly, fail fast, and get to success.

You can use the same principles in your business. By allowing failure and then building on the successes with iteration you can make yourself wildly successful over time.

And the best part about embracing the Fail Factor? When you get your breakthrough you don’t forget. You can apply the principles you used to become successful to create more success.  Just like Hugh Howey.