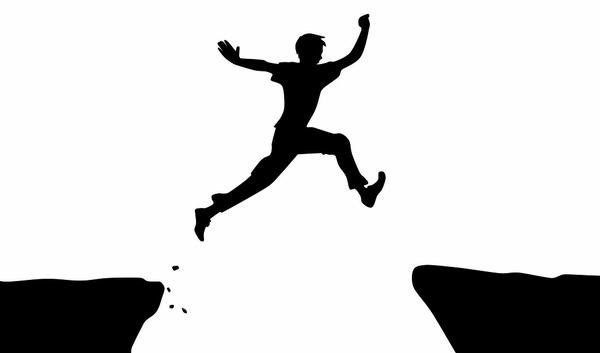 $50,000 in debt at age 25. That was the tipping point in a brutal adventure that taught me, more than nearly anything else in my life, the power of persistence.

Directed persistence – sometimes called grit – is one of the most powerful forces a human can apply to a situation to get what they want. But sometimes… persistence leads you through some pretty deep dark times.

And that was certainly the case for me.

When I was growing up, I had hammered into my head that the only real path to success was the one most people know: go to school, get good grades, get a good job, advance with the company.

And I was pretty good at what I did. Even if it was soul-sucking and made me miserable. I was with a prestigious “Wall Street” company and paying the bills.

I thought it was enough.

Shortly after that, the tragic events of 9/11 happened. And then the financial crisis hit. The prospects of finding a new job in my field became vanishingly small. People were being laid off left and right and there were no new job opportunities.

I had no idea at all what to do next.

I knew I desperately wanted to be successful. But that was about it.

So in one of the most miserable economies of the last 50 years, I decided to do what any smart person would do and go into sales. 🙂

In a different time or different place… I might have made it work. But that wasn’t the case at this time and this place. At this time in my life, I had the reverse-Midas touch.

Everything I did seemed to turn to crud.

Anyhow… these ventures are what led me to huge amounts of debt at such a young age. I even declared bankruptcy. It was humiliating and I was severely depressed.

And to make matters worse, my friends and family were breathing down my neck.

They completely didn’t understand. And really they thought I was in super, duper CRAZY town. It was not a pretty time in my life.

But that is where the magic of persistence comes in.

All through this time – through failure after failure, through being made fun of, and through not knowing what I was going to eat the next day… I never gave up the dream that I could win… that I could live the life I wanted on my own terms.

And more importantly, I never stopped working towards it.

Slowly, but surely I dug myself out of debt.

And I just kept pushing forward.

Now… I’m at a place where I never dreamed I would be back then. I work on my own terms making way more money then I used to, and I couldn’t be more grateful.

Here are three lessons I learned about persistence along the way.

1. Be careful what you tell yourself.

Even when my family and friends were giving me a totally hard time because of where I was in my life, I always talked to myself like I could achieve what I want.

I know this sounds trivial, but that soundtrack you have going on in your own head has a HUGE amount of power over you. And you should give yourself the same kind of encouragement you would give a friend.

Being nice to yourself doesn’t mean you should do it alone. This is a truly awful idea. When you try to go it alone, and the going gets tough it can be hard to keep going. Develop friendships with other entrepreneurs and supportive friends who believe in you.

And when you experience a wave of self-doubt or inaction, ask them for help. A good friend will be willing to tell you to get a move on.

It’s super easy to get into the trap of “I’ll be happy when…”. But this doesn’t work well.

As you work toward your goals focus on what you are doing when you are doing it and allow yourself to be happy with the process of working toward what you want.

Forging your own path as an entrepreneur isn’t super easy, but if I can survive debt, bankruptcy, depression,  and criticism from friends and family through the power of persistence, so can you.

I truly believe in you and know you can get everything you want in business and in life.